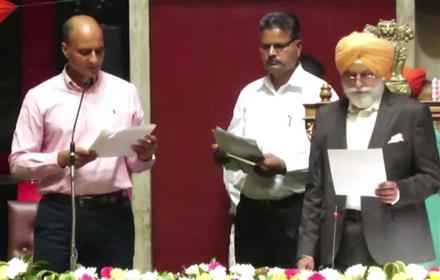 Abohar (Face2News) After being elected MLA from Abohar, Sandeep Jakhar took oath in the Punjab Legislative Assembly today and giving further impetus to the development works started for the betterment of the city,

On the first day itself, he was able to persuadethe Department of Public Works to transfer an amount of Rs 3.5 crores to the District Fazilka Treasury. The same will be utilized for the ongoing project of four-laning of Abohar-Hanumangarh Road and Abohar-Seetogunno Road.