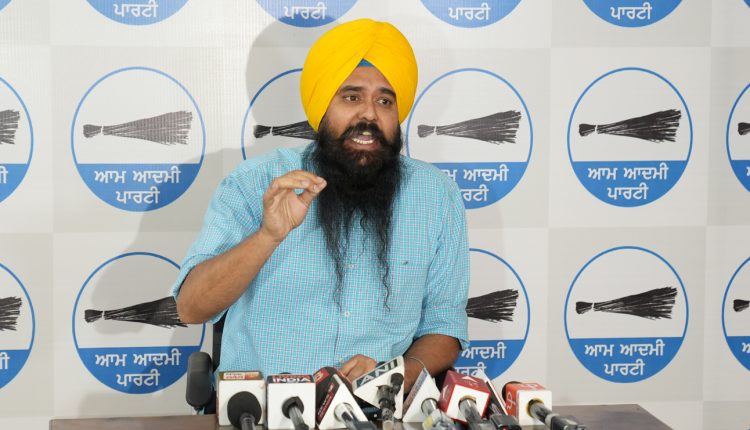 Chandigarh, May 2 (Punjab Bytes Desk) Aam Aadmi Party (AAP) Punjab has strongly condemned the hike in potash fertilizer prices and accused the Modi government of deliberately destroying farmers and agriculture sector with new increased financial burdens every day. In a statement here on Monday, AAP Punjab Chief Spokesperson Malwinder Singh Kang said that the Narendra Modi government of the BJP was putting the financial burden on the already indebted farmers by continuously increasing the prices of fertilizers and other agricultural commodities which is very unfortunate. He said that first Modi government increased the price of DAP and now this additional financial burden on the farmers with the price hike of potash fertilizer. He said that this decision of the Modi government directly reflects their anti-farmer policy and mentality. The AAP leader said that till date the Modi government has not been able to formulate any concrete policy for the development of agriculture sector and farmers. But they have been brazenly cutting the subsidies of this sector and adding to the financial woes of the farmers. As a result, the cost of crop cultivation has risen sharply and profits are declining. And because of these anti-farmers policies of the central government, farming is now loss-making business in our country. Economic condition of the farmers is deteriorating day by day. This continuous increase in the prices of fertilizers by the central government is an adverse and sudden economic pressure on the farmers at the time of Kharif crops, he added. He demanded the Central Government that the farmers of Punjab cannot bear any kind of additional financial burden, so they should immediately withdraw the fertilizers’ price hike.

Get international recognition and exposure with the International Advisory Council of British Learning.

Mithun Chakraborty admitted to hospital with kidney stone, but is now on way to recovery