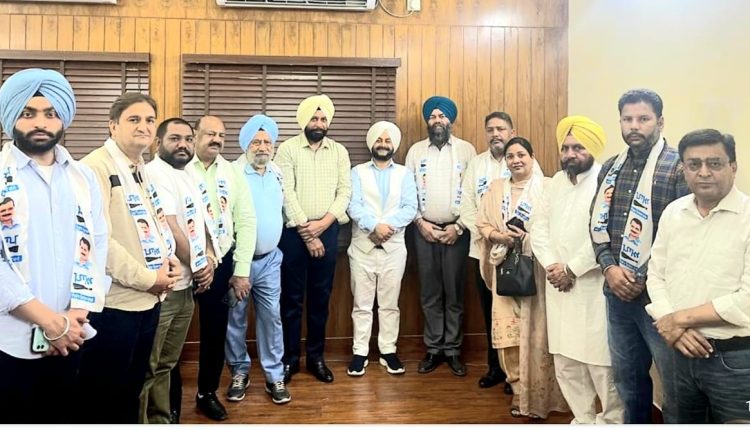 Amritsar, April 7 Aam Aadmi Party’s family continues to grow in Punjab even after elections and it got a major boost on Tuesday when councillors of BJP and Congress left their respective parties to join AAP. Jarnail Singh, MLA Delhi and Punjab affairs in-charge and Harchand Singh Barsat, party’s state general secretary welcomed the new members to the Aam Aadmi Party.

Jarnail Singh, in-charge of Punjab affairs, said that 5 Municipal Councillors had left Congress and BJP to Aam Aadmi Party. Jarnail Singh Dhot has left the BJP, while Nisha Dhillon, Satnam Singh, Avinash Jolly and Jeet S Bhatia left the Congress party to join AAP. Jarnail Singh said that Punjab Government under the leadership of Chief Minister Mr. Bhagwant Mann was taking good decisions for the welfare of the people of the state and the new government had launched a campaign to eradicate corruption. The decisions of the government are being warmly welcomed by the people of Punjab and that is the major reason that more people are continuously joining AAP.

From truck driver to renowned singer Monty Bhandari carves a niche for himself in the industry.