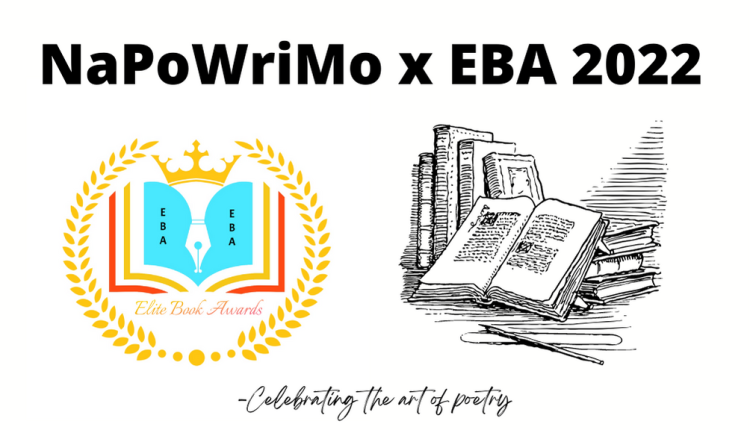 “What is a poet? An unhappy person who conceals profound anguish in his heart but whose lips are so formed that as sighs and cries pass over them, they sound like beautiful music.” – Soren Kierkegaard

The month of April holds a significant place in the lives of all the writers, especially poets who love challenging themselves with a variety of prompts and themes to weave beautiful poems. April is globally celebrated as the National Poetry Writing Month (NaPoWriMo) across the writing communities where the poets write one poem everyday throughout the whole month. Initially started in 2003 by US based poet Maureen Thorson as a personal writing goal for her blog, it soon garnered popularity among the poets and writers in various corners of the world. Over the years, manifold communities/websites/literary forums and pages have adopted variegated ways of conducting NaPoWriMo for poets with a plethora of interesting and thought provoking, creative writing prompts and other ideas.

Elite Book Awards- a popular digital literary platform promoting talents in the art and literature field hosted their debut NaPoWriMo poetry contest this year in a unique way with their media partner and India’s most trusted digital media agency Digital Golgappa. In an attempt to let the poets explore their creativity and celebrate poetry, Team EBA gave them the liberty of choosing not just 30 prompts for 30 days but a list of 70 prompts that they could experiment with and choose from in order to write their pieces within the stipulated time frame of 1 month. As a tribute to legendary writer and poet Virginia Woolf, The Virginia Woolf Memorial Poetry Prize 2022 was constituted by EBA to honour the Best Poet of the Month.

Kolkata based writer and poet Lagnajita Paul became the proud recipient of this year’s Virginia Woolf Memorial Poetry Prize 2022 and was honoured with the title of “Best Poet of the Month”.  Poets Niyoshi Parekh from Mumbai and Debarati Sen from Kolkata were declared as the first and second runner ups of the contest respectively whose results were declared on 8th May.  The event that was conducted on an international level had 110 valid participants in total with majority of participants from India and a handful of participants from Africa, United States of America, Pakistan and United Arab Emirates.

The top 10 rank holders in the contest were as under:

The team will soon be publishing an anthology of the Top 50 poems of this year’s NaPoWriMo in association with their publishing partner Digital Golgappa that will be available online on Amazon and few other channels.