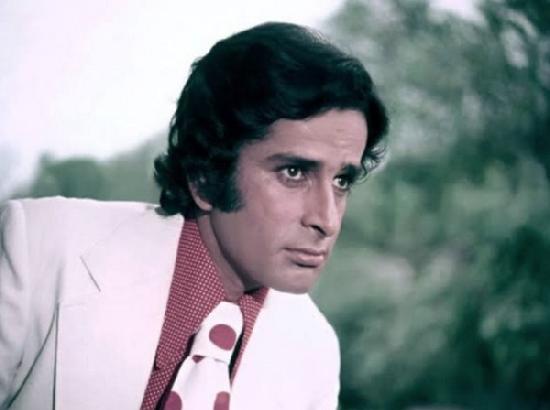 Shashi Kapoor’s son, Kunal Kapoor, took to his Instagram handle and shared a picture of his father’s portrait, clicked along with a glass of drink in his hand.

Kunal’s son Zahan Kapoor shared an adorable picture with his grandfather from his childhood days.

Shashi Kapoor, a Padma Bhushan awardee, passed away in December 2017 at the age of 79 due to liver problems.

In a career spanning over four decades, the actor appeared in more than 150 films, including a dozen in English.

His first leading role was in the award-winning 1961 ‘Dharmputra’, directed by Yash Chopra, which was one of the first Indian features to deal with partition.

Sunny Deol celebrates Holi on the sets of ‘Gadar 2’

Shyam Benegal unveils poster of ‘Mujib – The Making of a Nation’, biopic on Sheikh Mujibur Rahman