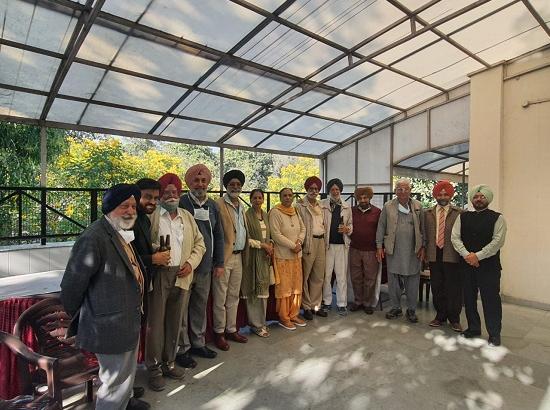 Chandigarh, March 14: A voluntary group of retired IAS, IPS, Army, and other officers has welcomed the newly elected government by the people of Punjab.

At a meeting held in Shaheed Udham Singh Bhawan, a resolution to this effect was passed and sent to the Chief Minister-elect Bhagwant Singh Mann.

In the meeting, which was co-chaired by Swaran Singh Boparai and R I Singh, all former officers expressed the hope that Punjab would be taken to new heights by fulfilling the promises about development made by Aam Aadmi Party to the Punjabis during the election campaign.

It may be recalled that Kirti Kisan Forum has been supporting the Kisan Andolan since December 2020 and contributing to the improvement of rural life.

All the members present also decided that they would strongly support the decisions taken by the new government in improving the condition of the workers and farmers.

The KKF would take the lead in policy planning and getting such decisions implemented.

Acquired during lockdown by Rugs In Style owners, KIAASA today is on path of becoming popular loveable brand!.