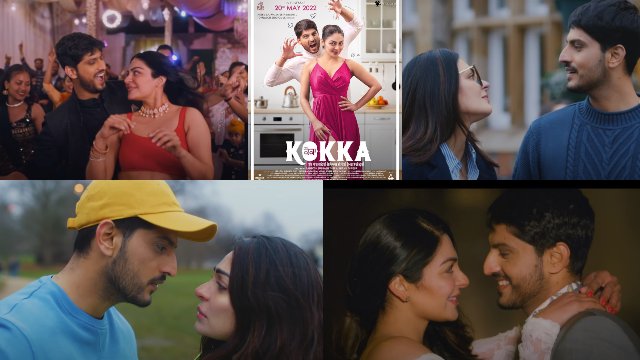 Kokka trailer: On May 3, Neeru Bajwa and Gurnam Bhullar, as promised, released the trailer for their highly awaited film ‘Kokka.’ The film, which centres on two separate people, contains everything from love to drama to heartbreak, yet in the most beautiful way possible.

Ahead of the release of the film’s trailer, the lead actors unveiled that the film will highlight the social issue of elderly women marrying younger men. However, Gurnam Bhullar and Neeru Bajwa’s starrer love drama is a perfect blend of emotions, love, humor as well as heart breaks.

The trailer begins with Neeru Bajwa’s character Ajooni searching for the perfect match to marry. However, her life takes a U-Turn after Gurnam’s character Akaal enters her life. The next we see, how Ajooni and Akaal falls in love with each other and then fall apart due to ‘some’ issues.

As witnessed, the chemistry between Neeru Bajwa and Gurnam Bhullar is commendable and engaging. From the visual representation to the background score, from storyline to performance; Kokka is surely setting high benchmarks in the Punjabi films.

The excitement for the film Kokka has already increased with the release of numerous motion posters of the film ahead of the trailer release.

Going by the film credits, directed by Santosh Subhash Thite and Bhanu Thakur, the film is written by Rupinder Inderjit.

So, are you excited to witness a new-age love story with Neeru Bajwa and Gurnam Bhullar starrer Kokka? Well, if yes, then you just have to wait for the film to be released in theaters nearby on May 20, 2022

‘Saunkan Saunkne’, on it’s first day hit the charts with the blockbuster opening globally, Proud moment for the industry.