Lekh Movie Review: An Emotional Tale Of Two Lovers Is Going To Make You Cry 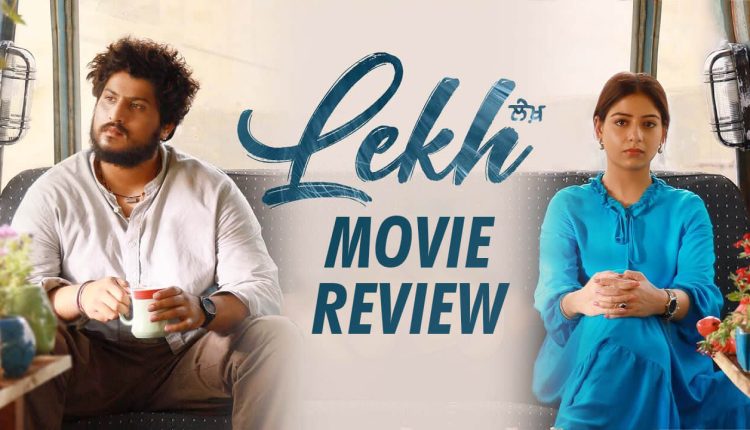 The Punjabi cinema lovers were waiting for a movie to get released super soon and the day has arrived with full warmth. Lekh has finally released worldwide theatrically and with the heavy heart and mind we have the honest and unfiltered review for you people. You might have already got the idea from what we have already written. But wait, not this, read the review and know more about the emotion-filled ride.

What to start with and what not to, the entire movie is a treat to be consumed. Let us start with the commendable performances of the actors. Gurnam Bhullar! This guy has put his soul and body into this film. Not just physically, Gurnam has totally impressed us as Rajveer, with his purest and best acting so far. ‘Lekh’ can surely be considered as the life-changing movie for Gurnam. We proudly say that we have Gurnam Bhullar as an ‘actor’ with us in our Punjabi industry. And, seeing him in the movie, made us fall for him even more as each minute passed by. His looks as a school guy and as a broken and healthy guy in the movie are that differentiates a lot more about his in depth love for the character.

Tania aka Raunak on the other hand needs an absolute appreciation too. Her teenage and adulthood looks in the films are a little less differentiable but the amount of hard work she has done for her weight is sure to be applauded. She looks superbly cute, adorable and pretty & she made sure that she is liked by the audience and especially the guys. The trailer depicts the story of the film, of how the school going teenagers meet and fall in love, then part their ways and destiny again makes them stand in front of each other. Relax, this is not just what this film has. It has a lot more to watch out for and to cry your heart loud for. Tania and Gurnam have turned out to be the honest on-screen couple with Lekh.

The level of intimacy that this man creates with the audience, their emotions and the story of the film. Yes, Jagdeep Sidhu is the man. How to emotionally affect the audience and how to make them cry is what Jagdeep has taken a Phd degree at. Nothing, but we have a lot to complain about to this man and why he makes us more and more emotional with each movie he is making. God knows what he thinks and writes these kinds of stories that affect the viewers internally and for a lifetime.

Kaka Kautki is another star that has shined out throughout the movie. Playing the character of Gurnam’s father in the movie is what only he could have given justice to. The very joyous character and the very chilled out character throughout the movie was, Kaka Kautki. Seeing him smiling and cracking jokes gave the audience a reason to cry. Watching him and then realising that this character is not anymore with us in real life. This will definitely be one of the most remembered characters of Kaka and why not.

Jagdeep Sidhu’s beautiful pen has been handled by the director of Lekh, Manvir Brar very beautifully. Lekh is Manvir’s debut movie as a director and he has spread the sparkles with the first one. In other words, it’s a sixer on the first ball. Nothing extraordinary has been depicted in the movie but the way Lekh has been presented is that it is ‘extraordinary’. The blissful and commendable story is amazingly presented by Manvir Brar for the audience. We definitely wish to see more of Manvir’s movies soon.

Wait, it isn’t over yet. We have reached the point you were thinking of so far. The musical ride of the film! B Praak and Jaani are not appreciated in veil. They actually are superb and have given their best in this beautiful film. You might have heard the songs of Lekh beforehand and of course loved them. But watching and experiencing the same songs in the theatre while connecting them to the story is everything you needed in a while. The musical section gets upon points.

Lekh is undeniably a must watch movie for everyone and is to be kept in the watchlist and probably in the favourite movies list. This is one such movie in recent times in the Punjabi cinema that was needed wholeheartedly. We have nothing but a warm Thanks to the entire team of the movie. A little more appreciation to Gurnam Bhullar, Jagdeep Sidhu and Manvir Brar. Resting the review, you should unquestionably watch Lekh in cinemas.