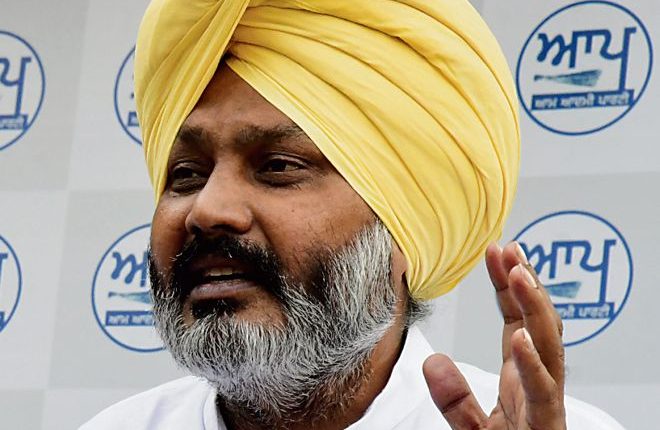 PM Modi should keep it in mind that the people who made him, can end his regime too: Harpal Singh Cheema

Chandigarh, April 3, The Aam Aadmi Party (AAP) strongly criticized daily and exponential increase in petrol and diesel prices by oil companies after the assembly election results of five states and blamed Prime Minister Modi led central government for it. In a statement issued from the party headquarters on Sunday, senior AAP leader and Punjab Finance Minister Harpal Singh Cheema said that by increasing the prices of petrol and diesel just after the assembly election, Modi government is doing ‘fraud’ with the people of our country.

Cheema said that by constantly raising the prices of petrol and diesel, Modi government is looting the general public and filling the coffers of its capitalist friends with that money. The common people of the country are already facing the brunt of inflation. Crores of people are not able to afford basic amenities. But it is very unfortunate that instead of providing relief to the public at such times, the central government is increasing the troubles of the common people by increasing the prices of petrol-diesel, cooking gas and other essential items.

Cheema said that Prime Minister Narendra Modi just wants to win every election at any cost, even by fooling the people of our country. He talks about public interest only in his election speeches. During the assembly elections, he pressurized the oil companies not to increase the prices to fool the public and took electoral advantage of it. Now after winning the elections, they are showing their true anti-people colours.

He said that the Modi government, which came to power by promising to end inflation has increased it exponentially and diverted the attention of people with communal issues so that they won’t raise their voice against their (BJP’s) failures. He said that perhaps Prime Minister Modi is forgetting that the people who made him what he is today has the power to finish his regime too. The public cannot be fooled for long through trickery and treachery.

Lekh Movie Review: An Emotional Tale Of Two Lovers Is Going To Make You Cry