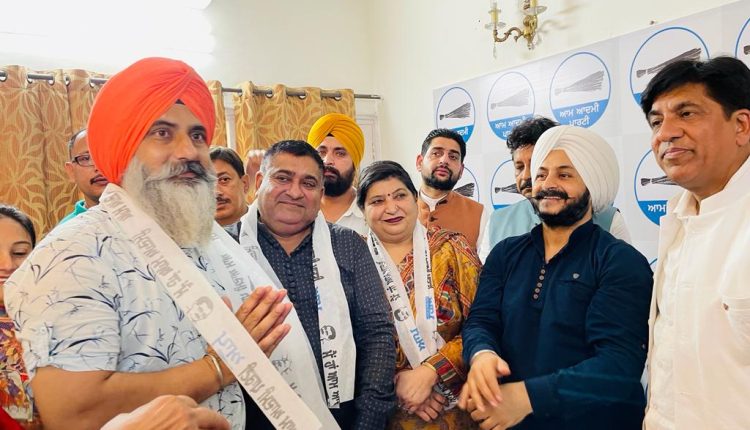 Welcoming all the leaders to the party, Jarnail Singh said that people are continuously joining the Aam Aadmi Party impressed by Arvind Kejriwal’s the politics of work and performance of AAP governments in Delhi as well as Punjab. Just like the assembly elections, the Aam Aadmi Party will register a landslide victory in the upcoming municipal elections and will make its mayors in all the municipal corporations. On this occasion, party’s Hoshiarpur Lok Sabha in-charge Harminder Singh Bakshi, District President Dalip Ohni, District Secretaries Karamjit Kaur, Varinder Sharma Bindu and others were present.