Raja Warring must clarify his stand and apologise over the new song of Moose Wala: Neel Garg 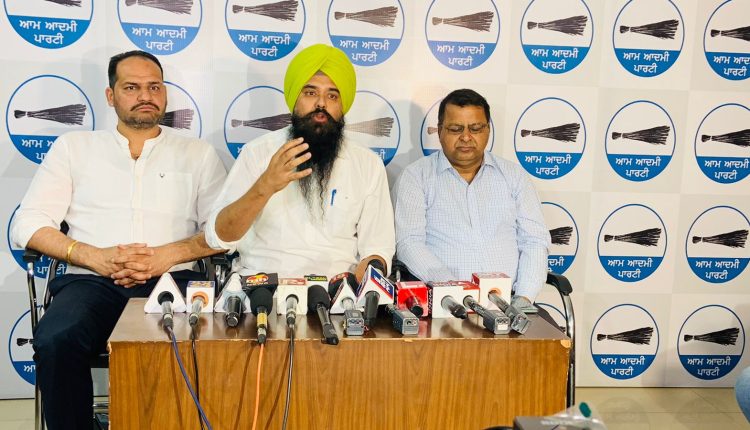 Sidhu Moose Wala in his song disrespected Punjabis by referring them as ‘gaddar’: Malwinder Singh Kang

Malwinder Singh Kang said, “Famous singer and Congress MLA candidate from Mansa in recently concluded Punjab Assembly elections, Sidhu Moose Wala has addressed 3 crore Punjabis in his latest song and referred them as ‘gaddar’ which presents Congress’s anti-Punjab mentality, attitude and history. Sidhu not only defamed Punjabis who are warriors, but also used foul language against them.” He added that Punjab had utterly rejected Congress and its leaders during Punjab assembly elections. Embarrassed by the defeat and unable to digest it, Sidhu Moose Wala, through his song, has once again showed Congress’s attitude towards Punjab.

Kang said that Congress has always had anti-Punjab, anti-Punjabiyat and anti-Punjabi policies. In the history of the Congress, it is evident from Sikh genocide and seizure of Punjabi speaking areas and Punjab’s capital. AAP leader Neel Garg demanded that Congress High Command and PPCC President Raja Warring should clarify their stand regarding Sidhu Moose Wala’s song that whether Congress agrees with Moose Wala’s remarks or not. If the Congress does not agree with then Sidhu should be expelled from the party immediately and the Congress High Command must apologize to all Punjabis.

Top 10 Deserving Writers of India – An article by Flairs and Glairs.