Song Trouble Maker from Babbar is Out Now 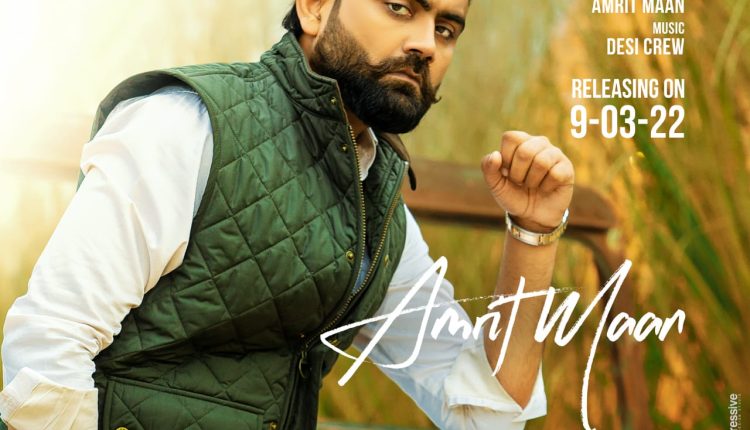 After releasing a thrilling single track from the much-awaited film Babbar, which is still trending number 1 on YouTube, makers have now released one more power-packed song Trouble Maker from the Movie, which is hitting the audience since its release and will be soon trending on social sites. People are getting obsessed with the appearance of Amrit Maan. Maan has always been being stylish & full of attitude in the songs attract the audience in a better way.

Crisp, power-packed, thrilling and entertaining at the same time, the upcoming Punjabi film, Babbar’s has generated much-needed curiosity and suspense amongst the Punjabi film lovers as it is something beyond expectations.

The film stars Goniana wala Jatt, Amrit Maan in the lead role who has earlier given impressive performances in his films. This time he is coming up with something unique. His killer Desi looks, gangsta style action, amazingly performed dialogues in the trailer are making his fans more excited.

Amar Hundal, who directed one of the most successful film Warning, has not only written and directed ‘Babbar’ but he will also play the main character in the film, vedaal. His appearance in the film has driven the audience crazy.

A strong backbone of the film besides its power-packed and unique script, is going to be its dialogues and powerful music. The song Trouble Maker is sung, written and composed by Amrit Maan and its music is given by Desi Crew

Written and Directed by Amar Hundal film Babbar is produced by Bamb Beats and Desi Crew. The wait is not long, as the movie is soon to be released on 18 March.