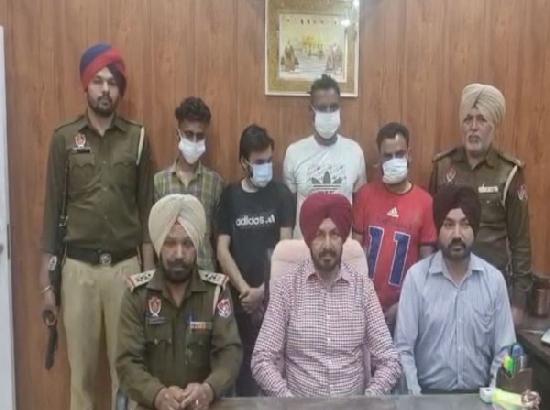 Inspector Harbans Singh, in charge of Ludhiana STF, said that the four accused were arrested based on intelligence input.

“On the basis of a tip-off, the accused were caught by the STF near Golden Avenue located on Dhandhara Road, who was riding in a car,” said Singh.

“The accused hold a long criminal record and were going to supply heroin,” he said.