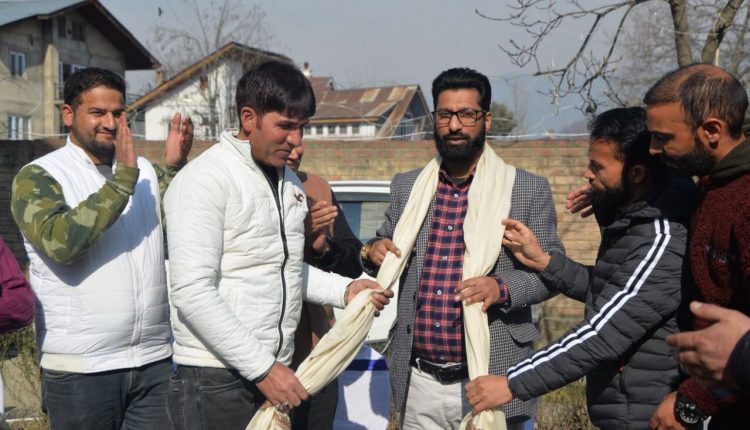 The polls to the posts of executive body were held in Srinagar.

Bhat, the Chief-in-Editor and famous Tv anchor of ANN News, bagged 103 votes against his rival who bagged just 39 votes.

Later, Bhat was administered oath to office in presence of EMPA election commission body.
Bhat while speaking about the role electronic and print media lauded the efforts of journalists for bringing up correct and true information to public.
Bhat said that EMPA will set-time a frame and would take up issues of journalists with the Government to seek their redressal.
“Now we have decided to take all journalists on board for the purpose of developing the media industry in Jammu and Kashmir were none will be discriminated on the basis of organization. If someone is working for an online news portal or any other organization, his dignity will not be reduced but will be treated equal as compared to other journos,” he said.
Bhat further said that EMPA will act as a voice of journalists.

Bhat added that besides performing professional duties impartially, the media persons have also duty to make the country great by promoting democracy, rule of law, communal harmony and reporting against social evils.

Meanwhile, various media associations from South and North Kashmir joined the EMPA as prime members who were welcomed by the Bhat in the EMPA.

With the Expenditure of 145 crore under MGNREGA, Fazilka bags the top rank in State