The wait is over now, dubbing of the much-awaited Punjabi film ‘Shakar Paare’ is completed, releasing very soon. 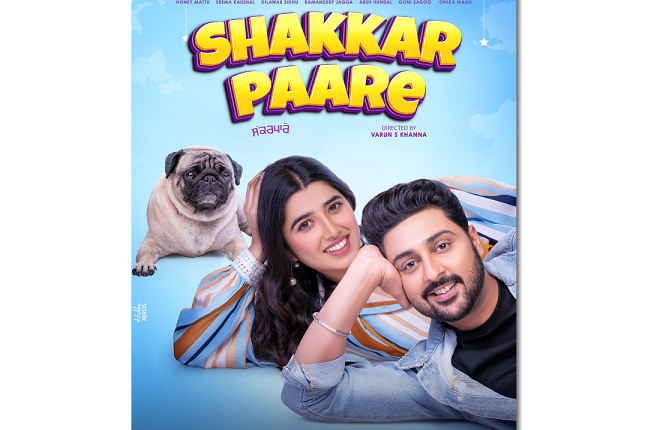 You may have seen a lot of romantic comedy movies but this story is a bit different. A different love story of 2 lovers ‘Shakkar Paare’. Basically, Shakkar Paare is the name of a traditional sweet that is often distributed after weddings. However, it will be interesting to see how they relate it to the film. Viewers were eagerly waiting for the release of the film and now the wait is over as the dubbing of the film has been completed and the film will be released this year in June or July.

The story of the film will revolve around Actress & Model Love Gill and debutant actor Iklavya Padam. Talking about the Female lead Love Gill, who has won the hearts of her fans with her tremendous work & mind-blowing expressions, has done modeling in 50+ songs like Qayamat, Akhaan Billiyaan, Dil, Icon, Cheat with famous Punjabi singers like Karan Aujla, Gurdas Maan, Jass Bajwa Sherry maan, Geeta Zaildar and many more. She has also done a film as the lead actress in ‘Kudiyan Jawan Baapu Pareshan’. Apart from this, she has done Zee Punjabi’s serial ‘Tu Patang Mein Door’. Iklavya Padam is making his debut in Punjabi Film Industry with this Film. Although he is making his debut, Iklavya is not new to acting, he is a great artist.

Other names in the illustrious cast of Shakkar Paare include Arsh Hundal, Honey Mattu, Sardar Sohi, Seema Kaushal, Nirmal Rishi, Shivendra Mahal, and more. The film is shot at some of the exquisite locations of Chandigarh, Mohali, and Manali.

This is going to be a Rom-Com. An innocent puppy was seen in the poster of the movie. So will this puppy unite two lovers or become an enemy of love? You will know this only after watching the movie, for which you will not have to wait long now because the Punjabi movie ‘Shakar Paare’ is knocking on the screen super soon.

The story of the film is written by Vivek Mishra, Directed by Varun S Khanna, and produced by Vishnu K Poddar and Puneet Chawla. Film Shakkar Paare will be presented worldwide by Golden Key Entertainment.