With the Expenditure of 145 crore under MGNREGA, Fazilka bags the top rank in State 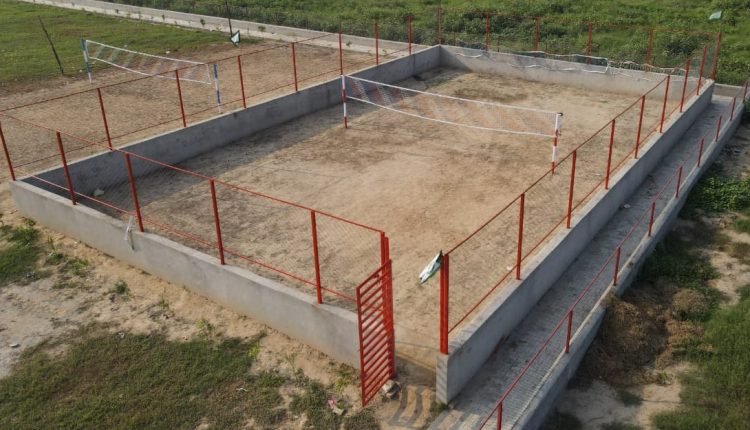 MGNREGA helps in beautification of the villages – Sagar Setia

Fazilka, 7 May, Shivam Madaan, Fazilka, a district in the southwest of Punjab, bordering Pakistan and Rajasthan, has topped the state in  Mahatma Gandhi National Rural Employment Guarantee Act (MGNREGA) with the expenditure of Rs. 145.48 crore during financial year 2021-22.

Divulging the details, Deputy Commissioner-cum-District Program Officer, MGNREGA, Dr Himanshu Aggarwal IAS, said that a total of 30,47,342 man days were generated during previous year in the district to boost rural infrastructure and employment opportunities for the rural masses.

He said that realizing the importance of conservation of the environment, 12 lakh saplings have been grown in 23 nurseries under MGNREGA during the last financial year which would be planted at different places in the district during this year, whereas 3,42,500 saplings had already been planted last year. Mianwaki forests had also been established in Koharayanwali and Haripura villages under this scheme, he added.

Most of the arable land of Fazilka is on the tail ends of canals and canal water is a great need of farmers. Therefore, under MGNREGA, 3,45,462 feet long water channels were constructed with the cost of Rs 16.40 crores, so that irrigation water could reach up to the tail end of the district.

Similarly under MGNREGA, 31 sports stadiums were also developed in the district at a cost of Rs 451 lakh to provide better sports infrastructure and facilities to the rural youth besides 54 parks with the cost of 464.80 lakh in this boarder district.

Sagar Setia said that in schools, kitchen sheds, parks, playgrounds had also been constructed under MGNREGA and in 121 schools boundary walls have been constructed under MGNREGA. Cattle sheds had also been provided to 679 people in the villages. Apart from this, the work of installing  interlocking tiles in the streets in the villages had been undertaken and a special project of Canal Front View had been undertaken at Dhani Kailas Nagar, Block Abohar.

To ensure conservation of water resources, 111 ponds in Fazilka district were cleaned under MGNREGA during the financial year 2021-22. This resulted 2,10,121 man days while the scheme proved to be helpful for conservation of water resources also. Apart from that, 17 ponds have also been developed with Thapar model in the district under MGNREGA, while 75 Amrit Sarovars would be constructed in the district in the current financial year to conserve the rain water, added ADC Setia.

Ashic Sharafudheen – An inspiration for the aspiring multi-skilled Entrepreneurs